December 2017: Workshop Report from 'Territory, Law and the Anthropocene' (Warwick)

On 1 December 2017, the Territory subgroup held its second workshop, Territory, Law and the Anthropocene at the University of Warwick (UK). 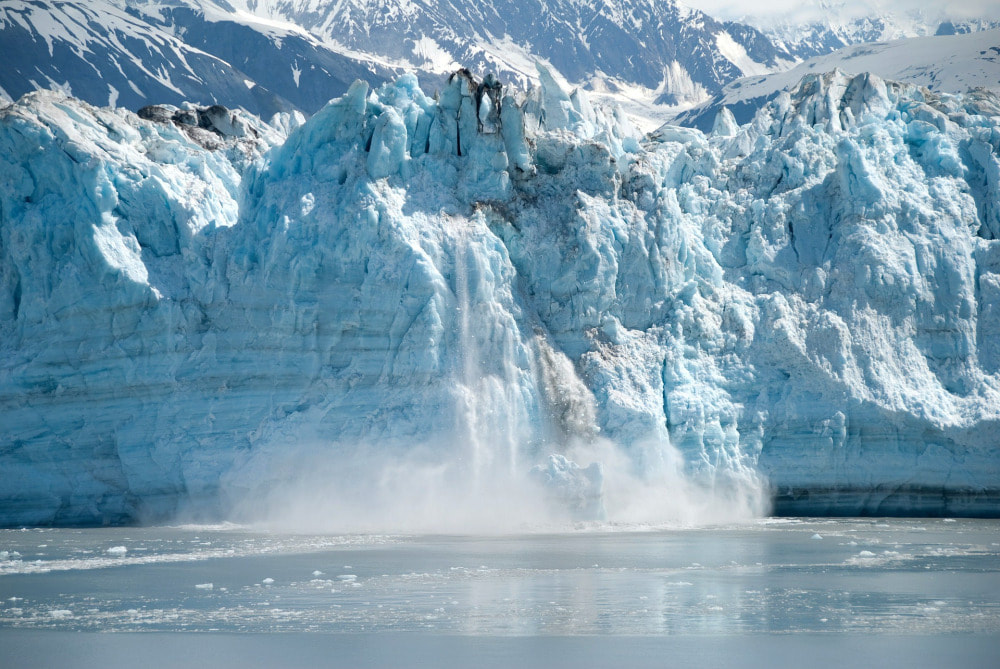 After a brief introduction from Stuart Elden and Phil Steinberg about the aim of this workshop and the overall ICE-LAW project, the first session was chaired by Klaus Dodds. The aim of this session was to explore how the Anthropocene as a concept and a marker are discussed in different disciplines – Geography, International Relations and Law. Nigel Clark suggested that some of the changes we are experiencing in the Anthropocene have a longer lineage, and that we should investigate issues around walls, geometries and territories through the lens of earth system change throughout the mid-late Holocene, especially in relation to rivers and floods. Madeleine Fagan discussed how the concept of the Anthropocene raised challenges for how we think about environmental security. Exploring how the nature/culture binary functions within that discipline, she questioned the use of the Anthropocene as a mode of analysing these issues. Timo Koivurova closed this first session by exploring how international law was trying to address the transformations of our geo-physical world, from sea-level rise, glacier retreat and thawing of permafrost.

The second session was a presentation of the world of the Italian Limes project, by Marco Ferrari and Andrea Bagnato. Their work examines how Italy’s borders with its neighbours often follow the watershed line in high-Alpine altitudes. This watershed line has moved as a result of glacier shrinkage, and the geophysical changes pose political issues. The Italian state has addressed this with bilateral agreements with Switzerland and Austria that introduce the definition of a “moving border”. They reported on how their research involved mapping, historical research and field observation, explaining the genesis of the project and the fieldwork done in the Alps and in archives. There are more details on the project here.

The third session was chaired by Phil Steinberg, and the aim was to look at more examples of transformation of material landscapes and associated political issues. Isla Forsyth presented on her historical research on the sands of the North African desert, especially in the Second World War. There were two examples – the British army’s encounter with the physical geography of the desert, and the military technology of the landmine. Ingrid Medby discussed the political issues in the Arctic, looking at the three of the eight Arctic states and how their conceptualisations of identity, territory, and statehood are being transformed as a result of anthropogenic climate change. Finally, Klaus Dodds asked if the Anthropocene should be seen as the end of a particular era of geopolitics and international law in which the earth and climate were assumed to be largely stable or at least reasonably predictable. Do the changes currently being seen require a change to the one article of UNCLOS, Article 234, which discusses sea ice? This paper thus brought the workshop back to the initial spur for the project as a whole.
​
The closing roundtable was chaired by Stuart Elden, and had contributions from Dora Kostakopoulou, Davor Vidas and Phil Steinberg. Their questions and discussion points returned to many of the themes of the day’s discussions. As with the Amsterdam workshop, this workshop did not aim to, or provide, definitive answers to the questions raised. But it did show how the project can rightly claim to be speaking about ice in the specific sense and in the expanded sense of ICE, as indeterminate and changing environments. The discussions of rivers, sand, and permafrost, and ice in high alpine glaciers, sea ice and ice sheets showed the diversity of geophysical phenomena being addressed. The perspectives from Law, Geography and Political Science opened up further ways to explore the interrelations of environment and legal-political regimes. We hope that these discussions will be helpful for the orientation of the project as a whole.
​
Biographies

Nigel Clark is Chair of Social Sustainability at the Lancaster University Environment Centre.  He is the author of Inhuman Nature: Sociable Life on a Dynamic Planet (2011) and co-editor (with Kathryn Yusoff) of a recent Theory, Culture & Society special issue on Geosocial Formations and the Anthropocene. Current work includes the political aesthetics of pyrotechnology, politics and ontology of strata, and geologies of race.

Klaus Dodds is Professor of Geopolitics at Royal Holloway, University of London. He is author of a number of books including the co-authored Scramble for the Poles (Polity 2016) and Ice (Reaktion 2018). He currently holds a Major Research Fellowship (2017-2020) courtesy of the Leverhulme Trust exploring the future prospects for the Arctic region.

Stuart Elden is Professor of Political Theory and Geography at the University of Warwick. He is the author of books on territory, Michel Foucault, Martin Heidegger, and Henri Lefebvre. Shakespearean Territories is forthcoming with University of Chicago Press in October 2018. He is currently working on Georges Canguilhem; on Lefebvre’s writings on rural issues; and the very early Foucault, each for book projects. He is also exploring the concept of terrain as way of thinking about the materiality of territory, and runs a blog at www.progressivegeographies.com

Madeleine Fagan is an Assistant Professor in the department of Politics and International Studies at the University of Warwick. Her research explores the politics of ethics. Her ESRC-funded PhD thesis explored the implications of prominent critical, interpretive, and non-foundational normative theories for rethinking political action. The monograph based on this research, Ethics and Politics after Poststructuralism: Levinas, Derrida, Nancy, is published with Edinburgh University Press (2013, 2016). Her current research applies this approach to a focus on the politics of ethical and normative claims about and representations of the Anthropocene, as a lens through which to explore the relationships between temporality, subjectivity, spatial imaginations and political community relied upon in these accounts. Initial outputs from this research appear in the European Journal of International Relations (2016) and the British Journal of Politics and International Relations (2017).

Italian Limes Project – Marco Ferrari, an architect, and Elisa Pasqual, a visual designer, are co-founders of Studio Folder, a design and research studio based in Milan. Their work focuses on the visualization of ideas and concepts through a diverse range of outcomes, including editorial design, art direction, exhibition design, data visualization, web platforms, and curatorial projects. Ferrari teaches at ISIA Urbino, while Pasqual is a doctoral candidate at IUAV in Venice. They started working on Italian Limes in 2014; the project has been presented at the 2014 Venice Architecture Biennale and in the exhibition Reset Modernity!curated by Bruno Latour. Andrea Bagnato is an architect and book editor; he has worked on several exhibition and book projects including Forensis: The Architecture of Public Truth (Sternberg Press, 2014). Together, the three are preparing a book based on Italian Limes, which will be co-published by Columbia University Press and ZKM in 2018.

TImo Koivurova is a research professor at the University of Lapland. He has specialized in various aspects of international law applicable in the Arctic and Antarctic region. In 2002, Koivurova’s doctoral dissertation “Environmental impact assessment in the Arctic: a Study of International Legal Norms” was published by Ashgate. Increasingly, his research work addresses the interplay between different levels of environmental law, legal status of indigenous peoples, law of the sea in the Arctic waters, integrated maritime policy in the EU, the role of law in mitigating/adapting to climate change, the function and role of the Arctic Council in view of its future challenges and the possibilities for an Arctic treaty. He has been involved as an expert in several international processes globally and in the Arctic region and has published on the above-mentioned topics extensively.

Ingrid A. Medby is a Lecturer in Political Geography at Oxford Brookes University. Prior to this, she taught at University College London and completed her PhD at Durham University. Her research focuses on the intersection of national identity and statecraft in the Arctic region. More specifically, she has studied how state personnel articulate Arctic identities, which in turn condition Arctic geopolitical practices. Additionally, she has written on Arctic geopolitics more generally and youth identities, and has worked briefly with related topics at the North Norway European Office in Brussels.

Phil Steinberg is Professor of Political Geography at Durham University where, in addition to convening the ICE LAW Project, he serves as Director for IBRU: Durham University’s Centre for Borders Research. His recent publications include Contesting the Arctic: Politics and Imaginaries in the Circumpolar North (co-authored with Hannes Gerhardt and Jeremy Tasch), Territory beyond Terra (co-edited with Kimberley Peters and Elaine Stratford), a series of articles on the marginal ice zone in Canadian and Norwegian ocean management policy (co-authored with Berit Kristoffersen and Kristen Shake), and a series of articles on ocean ontologies (co-authored with Kimberley Peters).
​
Davor Vidas is Research Professor in International Law and Director of the Law of the Sea Programme at the Fridtjof Nansen Institute, Norway, and Honorary Professor in the School of Geography, Geology and Environment at the University of Leicester. He is a member of the Anthropocene Working Group, and is the Chair of the Committee on International Law and Sea Level Rise at the International Law Association. During the course of the past 25 years, he has initiated and led several major research projects on international law and interdisciplinary approaches to ocean issues, and is currently the Principal Investigator for an international research project on “Climate Change and Sea Level Rise in the Anthropocene: Challenges for International Law in the 21st Century”. Professor Vidas is the author or editor of ten books on the law of the sea, and also serves as the Editor-in-Chief of the journal monograph series Brill Research Perspectives on the Law of the Sea and of a popular-science book series Anthropocene, both launched in 2017.